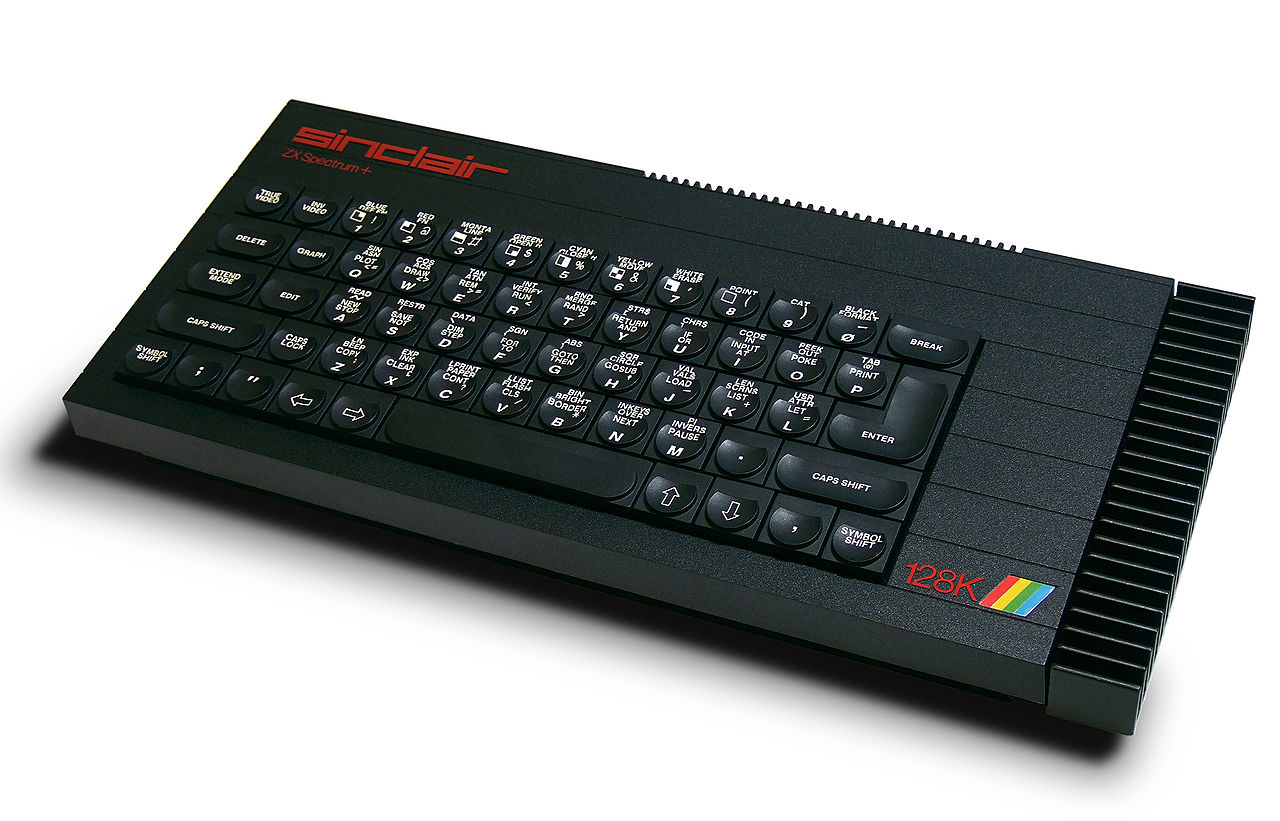 The  favourite ZX Spectrum of many of us and the last model to be developed before the famous Amstrad buyout of the Sinclair brand and computer range in 1986. Code named ‘Derby’ by Sinclair Research, this machine retained the familiar look of the Spectrum + but with the obvious addition of a large heatsink which earned this model the nickname of ‘toast rack’.

The 128 was initially released at the SIMO ’85 trade show in Spain but not in the UK until 1986 (at a price of £179.95) because of Sinclair’s backlog of unsold Spectrum+ computers. A number of improvements (apart from the obvious memory hike) were implemented with this model including; three channel audio via the AY3-8912 chip, an RS-232/MIDI serial port, RGB output and an external keypad (Spain only). Gone was the internal speaker, sound was now played through the television set. Gone also was the one-touch keyword system although by using the new menu on the opening screen you could switch to a 48K mode which in effect emulated the earlier machine. You could also use the menu to go straight to a tape loader, calculator or tape tester (see pic left). Unfortunately, Sinclair missed a few tricks and made the RS-232/MIDI port non-standard and also failed to include joystick ports, even though it was marketed as an “entertainment machine”. The 128 came bundled with a starter cassette and The Neverending Story and Daley Thompsons Supertest by Ocean.